The last selections for the representatives in the World Breeding Dressage Championships for Young Horses will be held the coming weeks. We found out which of last year’s medal winners are still in the race for a ticket for this year.

Reigning world champion Fiontini was selected for the world champions once again last weekend at the Danish National Dressage Championships. Ridden by the Spanish Severo Jerado Lopez, she will pursue the third title in a row. Last edition, Fiontini was the absolute crowd pleaser and it came to no one’s surprise that she took home the world title to Denmark for the second time. Last year’s number two of the six-year-olds is the KWPN-bred and approved stallion Five Star. 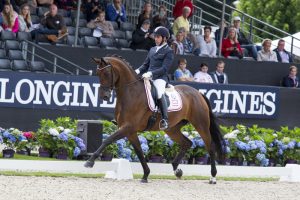