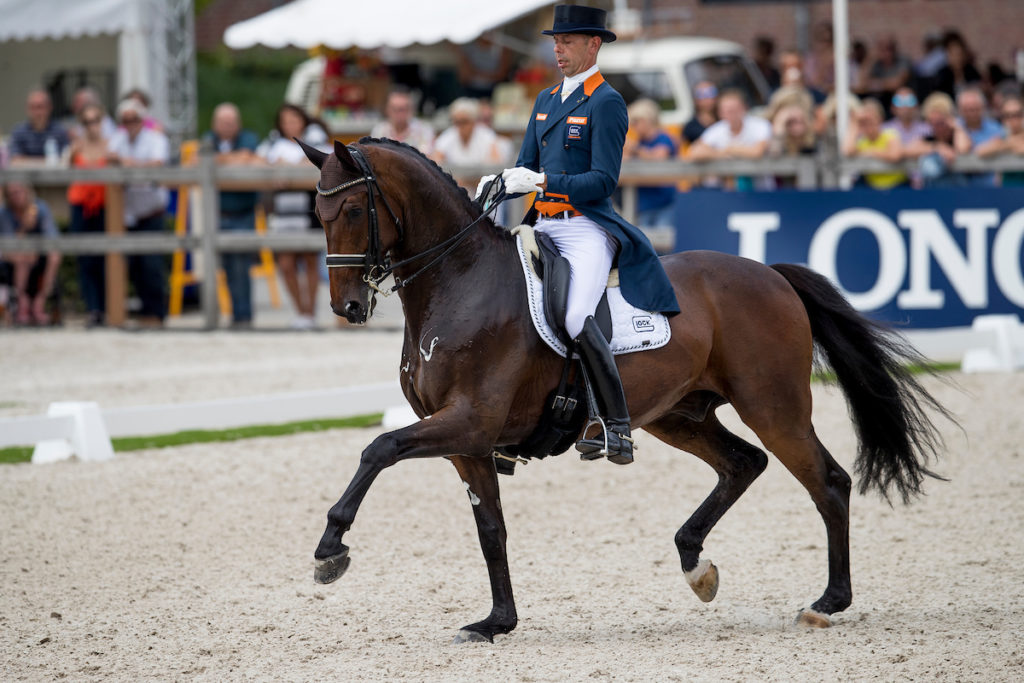 After their win in the Grand Prix, the CDI3* Freestyle to Music presented by Helgstrand Dressage also fell prey to Hans Peter Minderhoud and Glock’s Casper (ds.Goodtimes), son of former world champion young horses Westpoint. Hans Peter steered Casper to the winning score of 76.975%, a personal record for the bay bred by P.A.J. Rops of Breda. It has been a while since Casper made his appearance at the competitions, but this season he made his comeback in Falsterbö: “In June, he also received over 76% in the Freestyle, now we scored even better. I am happy, because it was a bit more exciting for Casper today. Yesterday’s Grand Prix took place in the second arena, so this was our first time in the big stadium with a lot of spectators. Now, I have to focus on Rotterdam and Casper gets some rest, but you will see us again later this year.”