D’Avie on repeat: in the lead at 7-year-olds 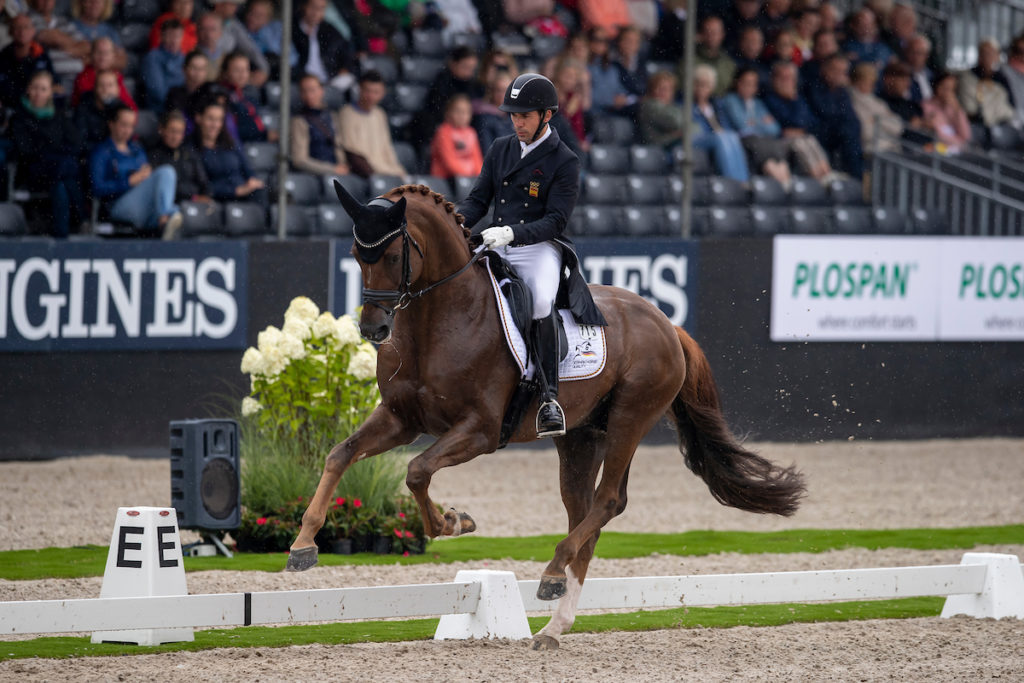 Ridden by the Spanish Severo Jurado Lopez, the Hannovarian talent d’Avie (Don Juan de Hus x Londonderry, bred by Dorothee Heitmuller) immediately seized the lead today. Once again, last year’s world champion surpassed the competition. In the 7-year-old class, three judges give marks for quality – comparable to the five- and six-year-old classes, while a technical score is awarded by two other judges separately. The chestnut gelding of Helgstrand Dressage soared energetically to 85.046%. The uphill canter bursts with expression and received the ultimate 10 from the jury, who also gave a 9.8 for trot and an 8.5 for the walk. A 9 for the submission and 9.8 for perspective mounted up to a quality score of 94.200%. The 75.893% brings the average to a winning 85.046%. 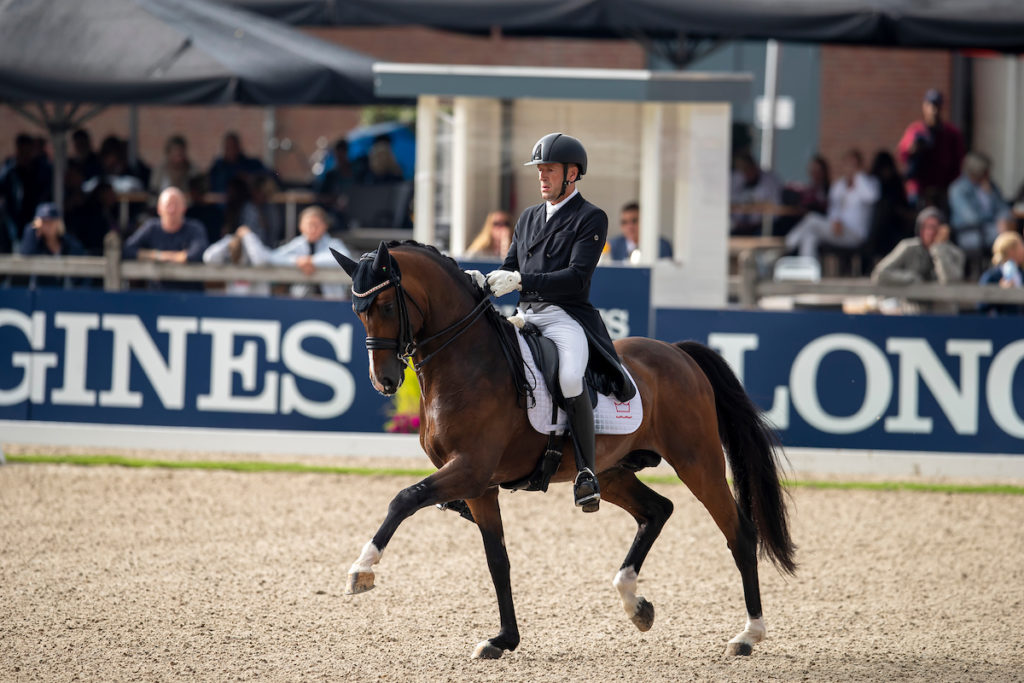 Hesselhoej Donkey Boy (DWB – Era Dancing Hit & Milan, breeder Dorthe Og Hans Jørgen Hoeck) and Jan Møller Christensen placed 5thlast year. This edition, he scored two perfect 10s: for walk and perspective. In addition, the scoreboard showed three 9.5s. Together with the technical score this converted to 84.884 percent and the second place. The third place was claimed by Total Hope (Totilas out of Weihegold, bred by Christine Arns-Krogmann) and Isabel Freese. Last year, the stallion reached the final with the Swedish Pernilla André Hokfelt. Earlier this year, Freese took over the reins of this exquisitely well-bred Total Hope. This stallion also received three 9.5s from the jury: for trot, canter and perspective. An 8 for the walk, a 9.3 for submission and the technical score averaged to 82.184%. Six horses scored over 80%, the other six that placed directly for the finals, scored 75+. President of the jury Andrew Gardner was enthusiastic: “It was a superb class, the top end was really high quality. It’s a privilege if you are able to give the high marks. We have load up in the nines, we even gave 10’s. It is great when you can do that. There are challenges in the test, because you have to put all the lateral work together and the changes and the start of the pirouette.” 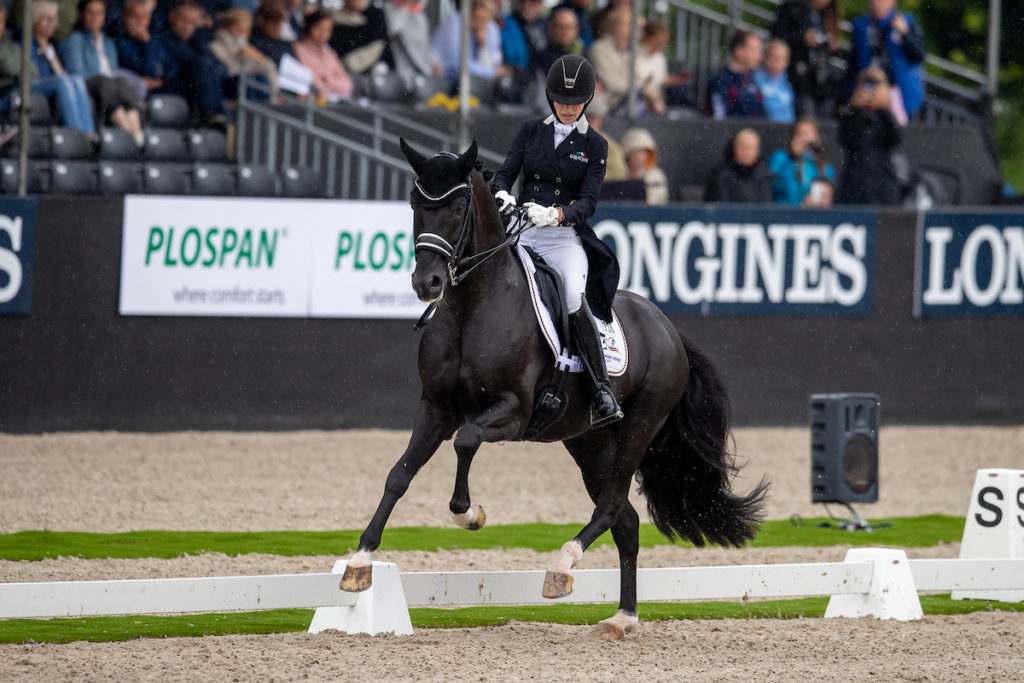 Clearly, we may expect an exciting final on Sunday! However, we first have the small final tomorrow in which the top 3 qualifies for the final. Gardner: “Some horses were clearly more confirmed than others in their ability to cope and there were also some horses who got some tension and so they lost some marks when the horse was naughty. Sometimes you see horses of tremendous quality, yet they have some expensive mistakes that knock the scores down. There is a good chance that these horses have a better day in the small final and join the final on Sunday.”