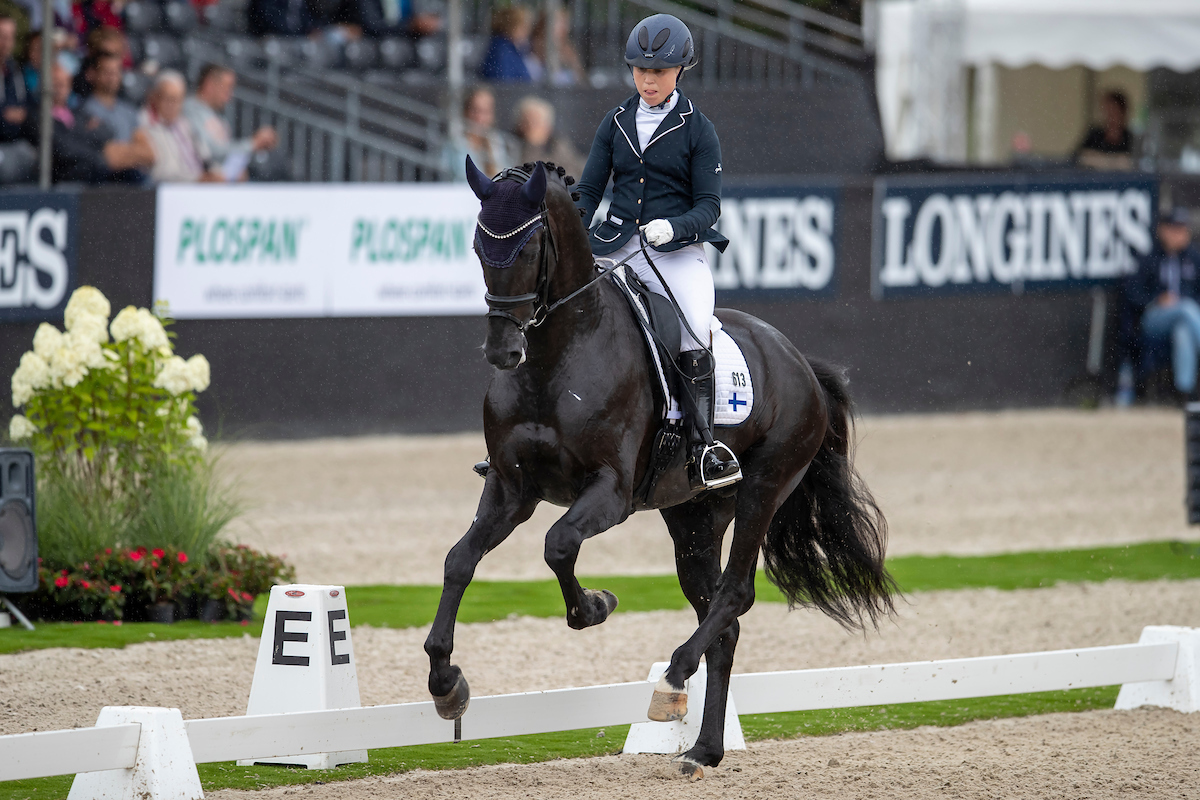 This morning Ermelo Young Horses kicked off with the small final for six-year-old dressage horses. Who was grabbing three last tickets to the prestigious final? Receiving the highest marks, KWPN-horse Ironman H (Bordeaux x Rousseau) and Finnish rider Yvonne Österholm is the first to do so. In 2017, the stallion was crowned champion of the stallion show in Sweden and at four years of age, he won the national championship for dressage horses. The horse that is bred by J.A.M. Hurkmans received solid marks for the basic gaits: a 9 for both walk and canter and an 8.9 for trot. The 8.8 for submission and 9.1 for perspective brought the total to a winning 8.96.

Presented by the Swedish Cecilia Kristoffersen, the Zuidenwind- 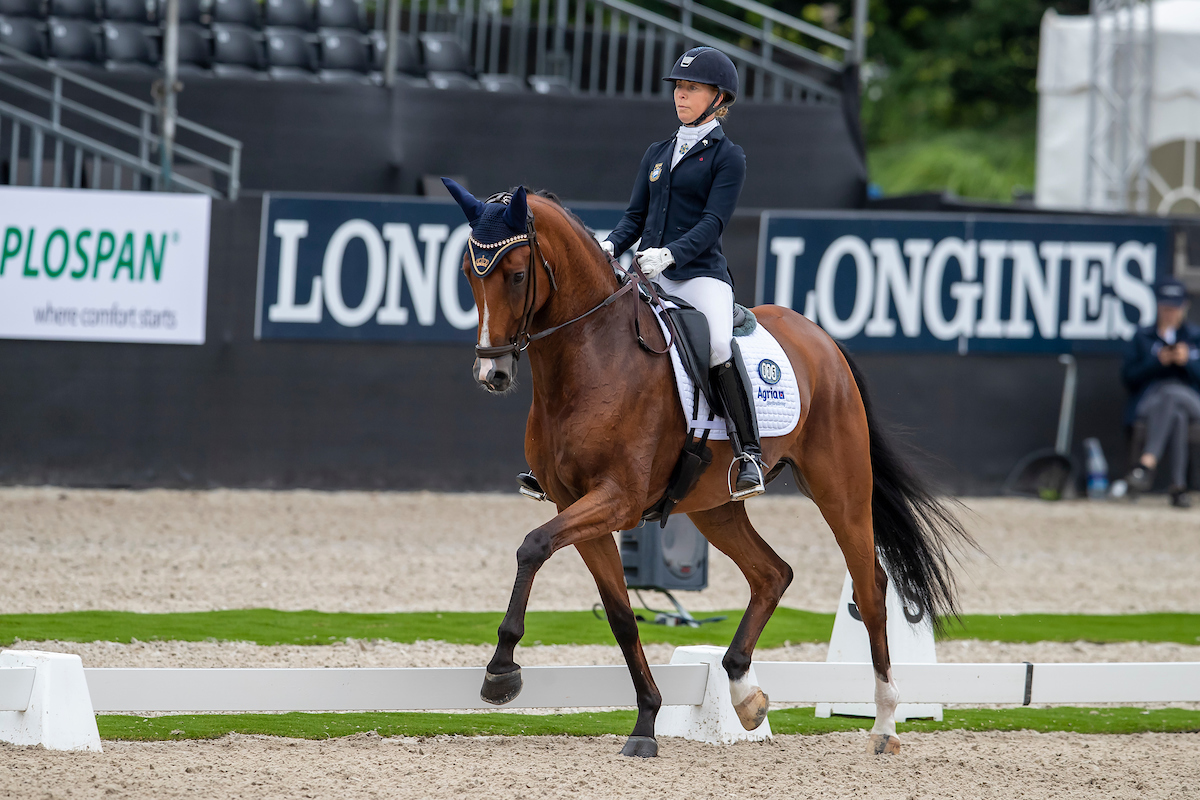 offspring Skywalker (ds.Bernstein) received a 9 for trot, canter and perspective. The 8.3 for walk and 8.8 for submission granted the by Mosslunda Dressyrstall bred bay the second ticket to the final. The last combination that is added to grand finale, is Straight Horse Ascenzione. The daughter of Blue Hors Zack (ds.Blue Hors Don Schufro) received a 9.8 for her expressive trot. Helen Langehanenberg led the Danish bred bay to 8.64. Judge Annette Fransen-Iacobaeus: “This small final evidenced how important it is that we give these young horses a second chance, because the top 3 did much better than yesterday. More relaxed and that means you have better harmony and overall image vastly improves. So, I am curious to see what they can do in the final. It would not be the first time that a horse gets in via the small final and surprises us!”