Pathétique dances to victory in Special 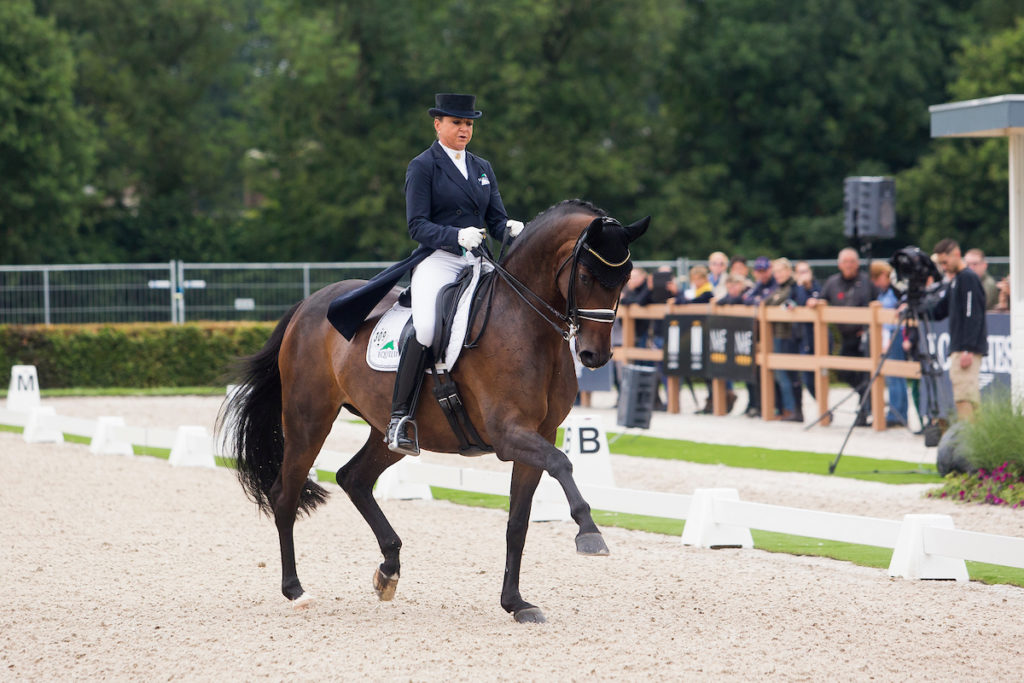 Today, the CDI3* Grand Prix Special presented by Andreas Helgstrand was on the schedule. The top 10 of the previously ridden Grand Prix placed themselves directly for the Freestyle to Music, the remaining competitors advanced to the Special. However, the top 10 could also opt for the Special instead. That is why the numbers two of the Grand Prix, Dorothee Schneider and Pathétique (Quaterback x Casado), again made their appearance in arena 2. The jury unanimously placed the pair in first place. The winning score: 72.723%. “She felt great today, focused and motivated. She is my little dancing queen. This only the first year for her at international Grand Prix-level and she keeps getting better. We take our time to develop further, so first she gets some rest until September and then we’ll see what’s next.”
The second place was claimed by Simone Pearce and the Sandro Hit-son Scolari 4 (69.766%), right ahead of Lynne Maas and former world-championships-participant Electra (Jazz x Ferro) (69.511%).