GLOCK’s Casper struts to the win in CDI3* 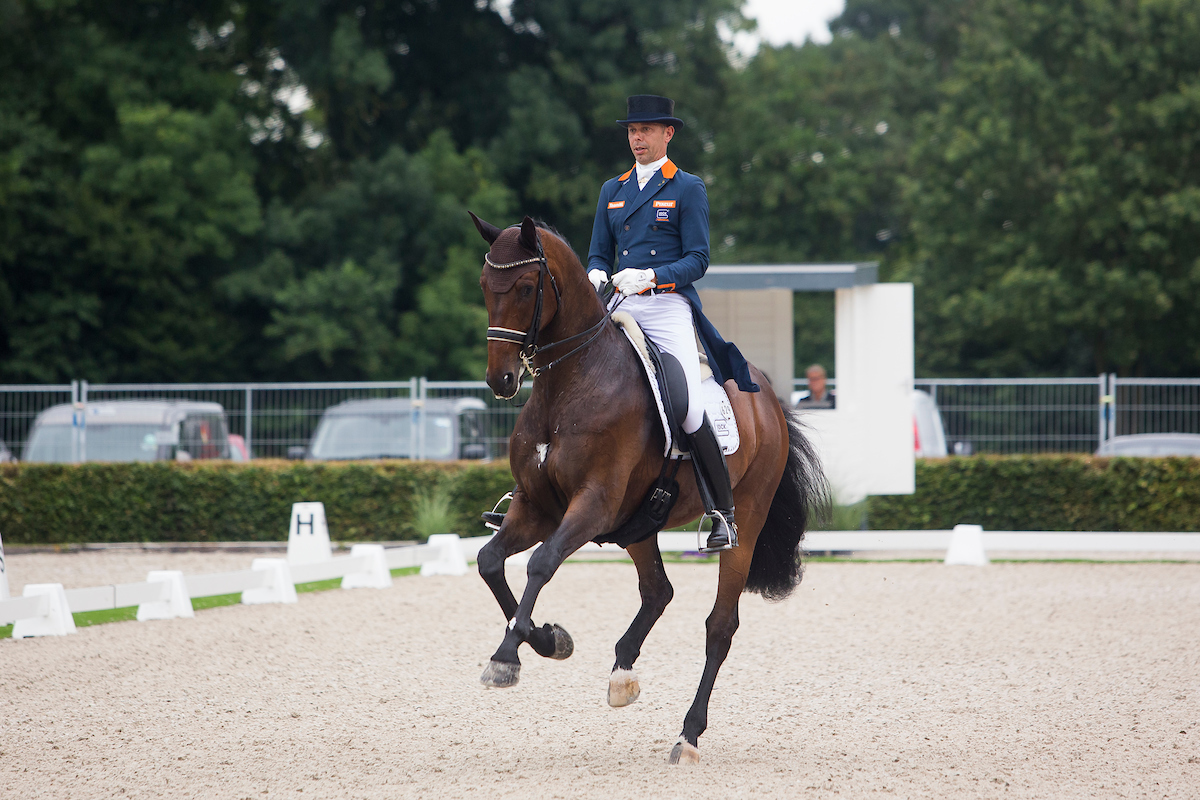 This morning, the CDI3* Grand Prix presented by Andreas Helgstrand was scheduled. 19 combinations made their appearance, the top 10 qualified for tomorrow’s Freestyle to Music. The second last competitor to enter the arena was Hans Peter Minderhoud with GLOCK’s Casper, son of Westpoint, former champion of the world championships for young horses.  Recently, Hans Peter made his comeback with the bay (bred by P.A.J. Rops, ds.Goodtimes), after a break of three years. The combination put up a nice performance in which the gelding impressed in his talent to collect. Three judges put Casper in first place, two preferred number two Pathéthique (Quaterback x Casado) and Dorothee Schneider, however the 72.304% of Casper secured the victory.

Also ‘Patty’, as the mare is called by Dorothee, showed abundant talent for the piaffe and passage. Her 71.935% placed her just ahead of Thamar Zweistra and Hexagon’s Double Dutch (Johnson TN x Rubiquil). President of the jury Olivier Smeets: “We have definitely seen some nice horses. Some still have to develop further, and you could you see a little bit of tension building up in the horses. The potential is clearly there though. The top 3 all scored over 70%, they clearly have a bright future ahead. I was delighted the audience noticed it too. The grandstand was completely filled and the area around the arena was flooded with people. Together with the 4yo class, this 3* Grand Prix is a great addition to the program. The entire education of the young horse, from four years of age to Grand Prix, is put on display in one event. Unique and amazing for the sport.

As stated above, today’s top 10 qualifies for the Freestyle to Music, unless the rider prefers to compete in the Special tomorrow, a class for the remaining combinations.